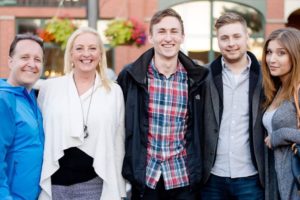 It’s not just talk – Robert Duvall lives, works, and plays in Milton’s Beaty neighbourhood since moving to Milton from East York over 10 years ago with his wife and two stepsons.

Rob is a Board of Director for the Milton Chamber of Commerce.  Previously, Rob was elected to Milton Town Council in 2014, representing the residents of Milton’s Ward 1 until 2018. 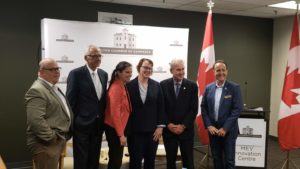 As a business owner and entrepreneur, Rob is CEO of Robert Duvall Consulting Inc. (“RDC Networks”), an I.T.  consulting business also located in Milton and have been Milton Chamber of Commerce members since 2009.  Rob started his business in 2004 after working for over a decade, teaching technology across North America for Compumaster/Skillpath Seminars. Rob is often called upon by his peers in the Tech community for technology speaking engagements and has been  featured in several magazine articles.

My Role in the Milton Community

Rob is honoured to be a member in good standing, of several boards that shape Milton’s future:

·       Board of Director, Milton Chamber of Commerce

.       Chair of the Board for MEDAC (“Milton Economic Development Advisory Committee”) – Retired

Giving Back to the Milton Community 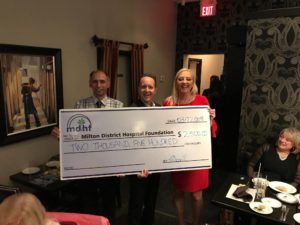 Since moving to Milton, Rob and Carol’s charitable efforts have raised over $15,000 for local charities in Milton

Mostly recently, Rob was co-host of TEDxMilton, an independently operated TED Talks put on my local Milton residents and held on September 23, 2017 at the FirstOntario Arts Centre.  This was the 3rd TEDxMilton performance organized and held in Milton by Rob and his TEDxMilton crew of volunteers. 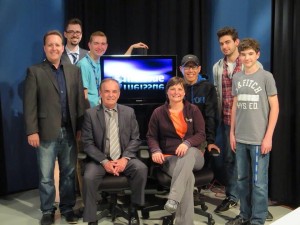 Rob has appeared as a guest host on TVCogeco (now YourTV) providing live coverage of the Provincial Election in 2014.

Rob also appeared on the weekly political show #TheIssue with host Mark Carr in 2014 representing the voice of the Milton community on the TV Cogeco show which aired LIVE on Tuesday nights on channels 14 and HD channel 700 (check out some of the videos on the #TheIssue tab on this website).

From 2012-2013, Rob hosted a weekly TV show on TVCogeco that aired each Fall in Milton, Burlington, Oakville, Georgetown, Rockwood and Hamilton called Halton Tech Today. Halton Tech Today aims at revealing the companies across Halton that are operating on the forefront of today’s technology. From the development of new technologies to the implementation of innovative software and systems, Halton Tech Today is focused on highlighting the best that Silicon Halton has to offer.  (Videos are available on the HalTech Today YouTube Channel).  The show is currently on hiatus until 2019.